Static analysis for fun and profit

I’ve had to do a bunch of static analysis over my career, but I’ve rarely (if ever) seen chatter about it and its uses online. Static analysis is one of the most powerful tools you can use to guide your approach towards refactoring (and in extreme cases, rearchitecture). Static analysis is fantastic both for figuring out how much a subsystem is used inside an application, as well as how the application as a whole is structured.

This kind of insight is gained in two ways: either by naive grepping against a project folder, or by using a language-specific tool to create an AST and search through that recursively.

The grep approach is quick and dirty, and it is not guaranteed to catch every usage of a system or every import statement. However, the benefit is that it is quick to set up and makes it easy to do interactively. For example, matching all import statements in a Python project can be done super easily:

This can be narrowed down specifically to your subsystem of interest, or you can run that through awk/sed to figure out how many times a system is imported, or even to quickly count method usages.

You’ll find, though, that after a while the regular expressions you’re writing become unwieldy. At that point, it becomes more useful to create a tool using a proper AST parser. I’ve made one for Javascript/JSX called depgraph, and it’s proven to be very handy. It’s built on top of esprima, and can show cyclic dependencies and subsystem usages, as well as rendering a pretty graph. 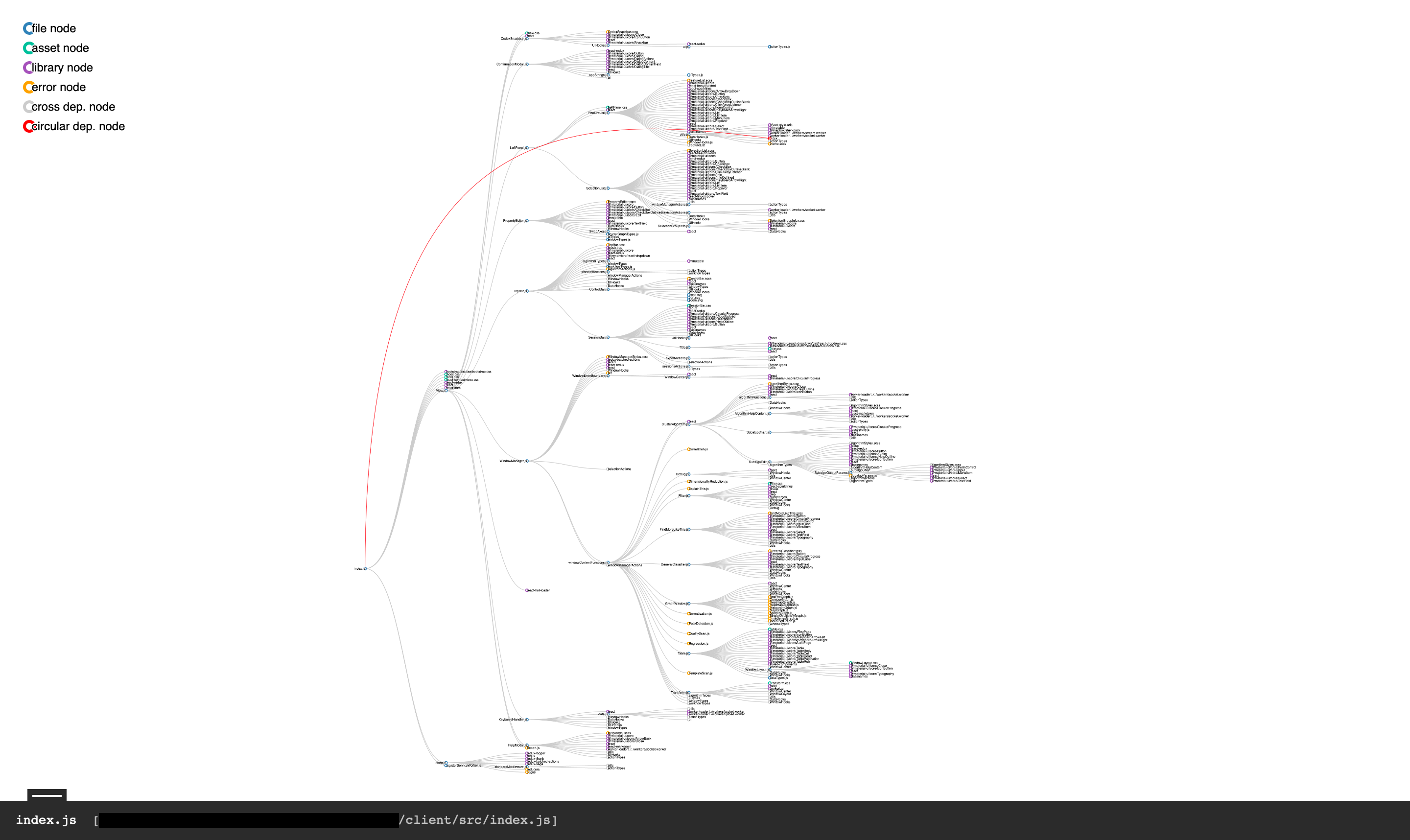 Links that may help: